Between her studies in college related to people and business, her previous work experience, and her sincere concern for helping others, it just made sense that Kelsey would end up being the founder and director of Marketing and Communication at PackH2O. Keep reading to learn how she became a leader in the social entrepreneurship world at just 22-years-old.

“By 2025, close to 3 billion people will live in water scarce regions of the world”

PackH2O has a product that could help with this problem, and it could potentially benefit 43% the total world population.

This nonprofit invented a backpack to transport and store clean and safe water. It also has a spout to pour out water to avoid any contamination in the transporting process.

People in water-stressed regions have to walk several miles multiple times per day carrying 40+ pounds of water home. They often use buckets and jerry cans that put a strain on their backs, spines, and necks – this then results in long-term health effects too.

The PackH2O backpack is seven times lighter than the average jerry cans, easy to carry, and can be sanitized solely with exposure to sunlight. It’s a “simple answer to a complex problem.” 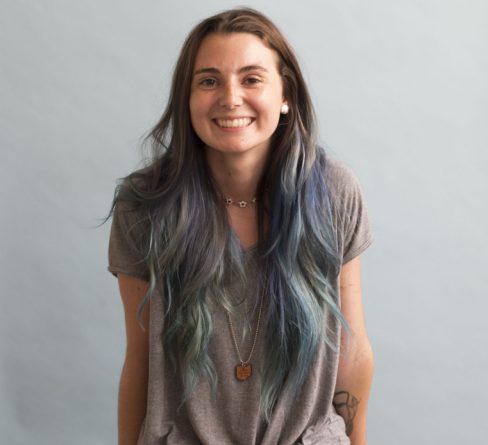 Kelsey went to Santa Barbara City College in California where she studied Anthropology, Philosophy, and Marketing. She then went on to work in Marketing at NCT Ventures, a Venture Capital firm in Columbus, Ohio.

During this time, a close family friend of hers inspired the start of Pack H2O after his visit to Haiti just following the earthquake in 2010. From this experience, he knew that something needed to be done to help with the terrible water problems.

Shortly after his visit, in 2012, NCT Ventures invested in Impact Economics, “a company focused on social entrepreneurship & driven by a vision to deliver innovative products and build scalable business models…for [its] partners” (www.impacteconomics.com).

In that same year (2012) Pack H2O was born through a joining of minds between Kelsey’s studies and experiences with NCT Ventures, logistical help from Impact Economics, and most importantly her inspiring friend that visited Haiti.

Why Water? a TEDxYouth by Kelsey: https://youtu.be/LCBHDZOYxmo

Throughout the years, she worked on implementing Pack H2O by traveling to under-developed nations in the world that are dealing with water transportation and bacteria problems. During these experiences, she noticed the distinct set of needs each country had.

For example, Kelsey noticed during her first time in Haiti that “transportation [was] a huge issue.” Before the Earthquake, Haiti was one of the wealthiest countries because of its natural resources. She also said that people there are happy with their lifestyles, they just need a simple solution like this pack to help.

Kelsey also noted several education issues, such as, in certain parts of India where she discovered “hand-washing [was] not an intuitive thing” like it is for us here in states. The lack of habitual hygiene habits is a real health problem in these distressed areas.

However, Pack H2O is applying smart solutions for where they implement the use of their packs. For instance, in Kenya, they are putting packs in schools so that children learn from a young age to start using them regularly. Then, these children can go home and teach their families about them.

So far, Pack H2O has supplied packs to about 200,000 people. Yet, there are 200 million people that could benefit from one of these…that’s one pack for every 5 people on the planet!

What’s your biggest piece of advice you could give to an aspiring entrepreneur?

“Go out and live day to day, have out of the box experiences. That’s where you run into places of need.” Kelsey said, find people and systems that aren’t working well and address that need.

Can you tell me about an impactful experience helping someone in an impoverished region with Pack H2O?

Her first time in Haiti was the most meaningful because it was the first time actually seeing it in person, and that’s when things really clicked with her.  At this point, she was able to truly feel how important her impact was to these people.

How have you been able to offer help to people in these impoverished areas without insulting them?

Kelsey said that they work with communities and nonprofits that already are gaining trust with local citizens. These organizations see the pack as helping with their mission, i.e., church, government, etc.

What is your end goal or dream for Pack H2O?

“That Pack H2O wouldn’t have to exist because there would be clean water everywhere,” Kelsey said.

What are some of your hobbies outside of work?

Kelsey said she likes meditation, crystals, and oils. She enjoys the spiritual side of life, that is, connecting mind and body with spirit.

She’s also working on getting her bhakti yoga instructor license. Through her Yoga experience, she has been able to create programs with Pack H2O and raise money this way.

Her end goal of becoming a teacher is to host yoga retreats and missions to raise money for Pack H2O and other philanthropic causes.

What inspiration have you gained through your experiences?

She wants to build off of her experiences with that, specific to the women she meant during her times traveling to under-developed regions and go into the human trafficking space.

She said her inspiration for what she has done and what she plans to do related a lot to the women she works with. Kelsey sees their perseverance and strength during some of the hardest times, and how they enjoy the simple things in life so much.

This, more than most things in life, has inspired her journey.

The hardest part of every day, she said, is “relating people to the issue.” Also, that many people said they like the concept, but getting them to actually fund it is the challenge.

What’s your greatest asset related to your work at Pack H2O?

She responded, “story-telling,” and that with the more experiences she has, the better she gets at it.  These experiences include working with teaching students here in the U.S. how to help, as well as students in other countries who simply just want to be educated.

What do you want people to say about you after you die?

Kelsey said that she would like for people to feel as if she made them the best person she needed them to be. As in, being a person that allows other people to be themselves.

One thought on “Kelsey Langdale, a solution to the global water crisis”